This week, Google launched its newest update to location extensions. When location extensions originally launched, Google Places were not nearly as integrated into the search engine results page (SERP). The SERPs have evolved to include individual Google Places listings with reviews and ratings from some of Google’s other recent product launches such as Hotpot. 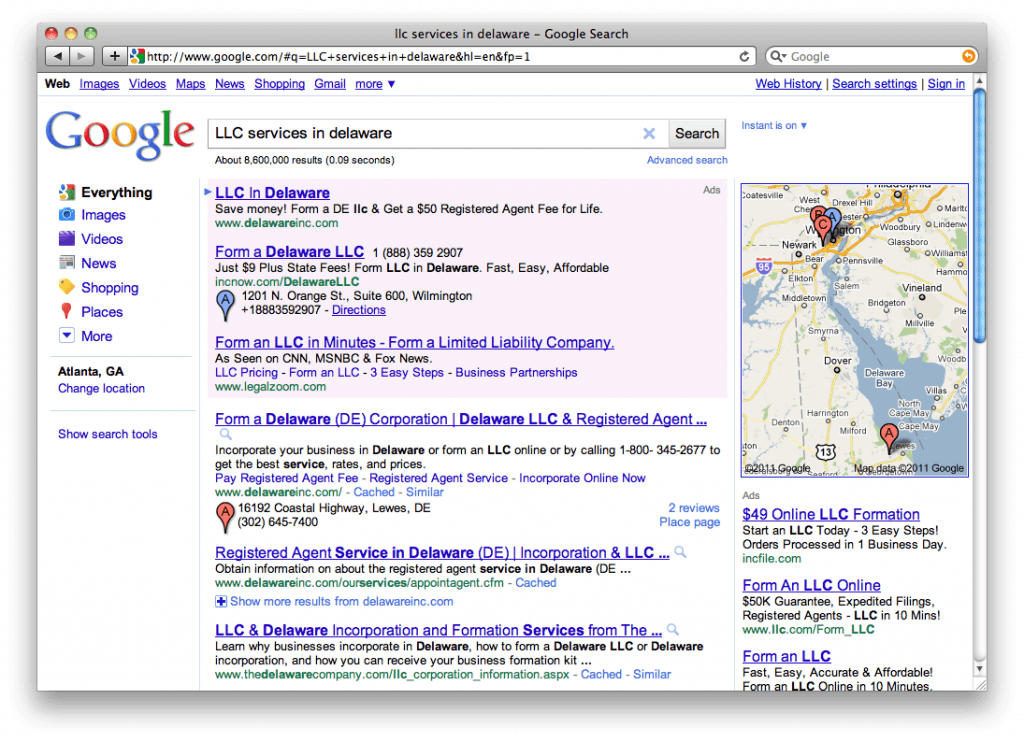 Google has launched several new formatting changes for AdWords ads in the past couple of weeks. The domain is now being shown lowercase only, ad titles are being extended with the description line one, and now location extensions have been updated. The more changes they make, the more paid search ads at the top of the page are starting to look like organic or natural results.

With all these new features, it is becoming more and more important to get your ads displayed at the top of the SERPs and not on the right sidebar. Increased competition for these top three positions could promote more competition to rank higher, and lead to increased CPCs. Advertising on AdWords is not going to get any cheaper in the coming months. It’s now even more important to improve your quality score and get the maximum discount on your CPCs.